If you are thinking of taking a few days off on a good beach in the heat of the sun, Tenerife is the ideal area during autumn and winter. Thanks to its constant temperatures that do not usually drop below 22/23 degrees, on the island of Tenerife we ​​can enjoy good holidays throughout the year.


The Canary Islands have a large number of tourists at all times of the year, but among all of them, Tenerife is the most visited of all. Gastronomy, culture, sun and beach as well as small charming towns are responsible for attracting tourists from all over the world.


The area of ​​Costa Adeje, in the south of the island, is one of the most popular on the island with a greater number of hotels and visitors. It is an ideal area for family vacations in the most modern resorts and large leisure areas that are always crowded with people.


The entire south coast of the island has excellent blue flag beaches. Playa de las Américas is one of the best known in this area, ideal for families due to its calm waters. Playa de Duque with its golden sand and turquoise waters offers a wide variety of services. Playa de Fañabe is another of the favorites of visitors, it is 600 meters long and 40 wide, and it is, together with Playa de Torviscas, one of the beaches with the most influx of bathers.

But if one stands out above all the others, it is the famous Playa de Los Cristianos. Playa de los Cristianos, also located in the south of the island in the center of Arona and in the town of the same name, is characterized by its 370 m long and its fine golden sand. Despite its hotel growth, the area tries to maintain a certain maritime air that year after year attracts countless tourists. Playa de los Cristianos is ideal for renting a lounger and sunbathing while friends play a game of volleyball. Championships of this popular sport are held here several times a year. It is also one of the 12 beaches nominated by the island council as an accessible beach for disabled people, so wheelchair access is very comfortable.
On the seafront of the town you can find various bars and restaurants where you can taste all the Canarian cuisine.
The majority of shipping companies that offer boat trips to observe the impressive Los Gigantes Cliffs are also located in the Puerto de los Cristianos.
If you prefer, you will also depart from here by fast boat to the nearby islands of La Palma, El Hierro and the Island of La Gomera.

To the northeast of the island we find Santa Cruz de Tenerife, the capital of the island and the most important population center of the entire island. It is a very visited and charming city. The carnival that is celebrated between the months of February and March stands out, and that is considered one of the best in the world. To the north of Santa Cruz we find Playa de las Teresitas. It is an excellent beach, but always very crowded due to its proximity to the capital. So if we are looking for a bit of tranquility, this will not be our best option.


Finally we will highlight the Playa del Bollullo located in the area of ​​La Orotava, in the north of the island. This beach has the honor of being considered the most beautiful on the entire island of Tenerife. Formed by a main beach 160 meters long and a small cove to its right, it offers us crystal clear waters, fine black sand of volcanic origin and a practically virgin area.


From the Iberian Peninsula we can reach Tenerife South Airport or Tenerife North Airport in just 3 hours. Our transfer service in Tenerife, www.shuttleasy.com, can take you to any corner of the island. Check our daily offers.

It may interest you 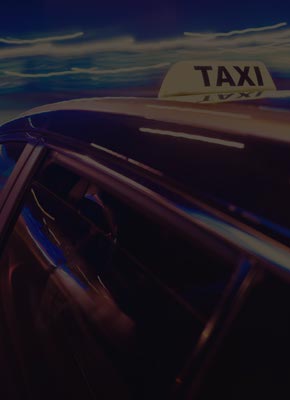 Book your transfer from / to the airport, station or port at low cost in Spain.

Your journey begins with a first step. Enjoy your journey with Shuttleasy (do not leave things to chance)